Pokémaths: how many Pikachus does it take to power a light bulb?

The mascot of the Pokémon world and probably the most famous of all the Pokémon: Pikachu. It’s pretty much just a short, chubby rodent with two red circles on its cheeks that it apparently uses to store electricity. So the obvious question to ask here then is how many Pikachus would it take to power a lightbulb?

The official Pokédex tells us that Pikachu is able to ‘release electric discharges of varying intensity’ and is also known to ‘build up energy in its glands that needs to be discharged to avoid complications’. Quite what these ‘complications’ might be I’m not sure – suggestions on a postcard. The Pokédex also says that the tail of a Pikachu plays an important role as it acts as a grounding rod to prevent the creature from electrifying itself and also allows one Pikachu to recharge another one that’s running low on juice. Another fun fact about Pikachu’s tail is that a female will have a v-shaped notch at the end which is not present on males. Next time you’re out Pikachu hunting, now you know.

When a Pikachu uses its signature move, thunderbolt, it releases 100,000 volts of electricity. You might think that this would be enough to kill you, never mind just power a lightbulb and you wouldn’t be wrong, but there’s a little more to it than that. When someone dies from electrocution, it isn’t the voltage that kills them, it’s the current. If a current of just 7 milliamps reaches your heart for around 3 seconds its lights out. The current is tiny, but it disrupts the hearts natural rhythm causing it to stop. You can of course be electrocuted and live to tell the tale, but this means that you were very lucky in that the path that the electricity chose to take through your body must have avoided your heart. In general, electricity will flow along the path of least resistance, as with most things in nature it’s lazy and so takes the path that is the easiest.

The resistance of your body is around 100,000 ohms, which means thunderbolt generates a current of 1 amp that will flow through your body. In other words, if it hits your heart you’re toast.

Now onto lightbulbs. They come in all sorts of different shapes and sizes, and different amounts of wattage or power. The standard one is 60 watts and that’s the one we’re considering here. None of these fancy energy saving bulbs that start off really dim so that you can’t see a thing and gradually build up in brightness… (don’t get me started on them). The key bit of physics that we need relates power (in watts) to Ohm’s Law above and states: 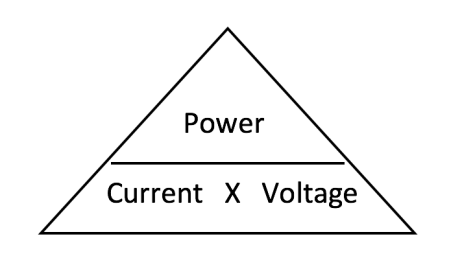 For a 60 watt light bulb attached to the UK mains supply of 230 volts, this generates a current of 0.26 amps. If we were to connect the bulb up to a Pikachu using thunderbolt the current decreases hugely to only 0.0006 amps. The light bulb will still work but the current will just be very small. This means only a small wire is required and also has the added benefit of reducing the chance of electrocution… However, 0.0006 amps is still enough to kill you if it hits your heart, so be careful next time when you’re hooking up your lightbulb to a Pikachu!

All of the material in the Pokemaths series can be found here.