Congratulations to Gregory (Grisha) Margulis and Hillel (Harry) Furstenberg on being awarded the 2020 Abel Prize. The prize is one of the most prestigious in mathematics and is presented annually by the Norwegian Academy of Science and Letters.

The official announcement states that Margulis and Furstenberg were awarded the prize “for pioneering the use of methods from probability and dynamics in group theory, number theory and combinatorics” and their work is described by Hans Munthe-Kaas, chair of the Abel committee, as “bringing down the traditional wall between pure and applied mathematics”. So, who are they?

Born in Moscow in 1946, Margulis gained international recognition aged only 16 when he received a silver medal at the International Mathematical Olympiad. He began his academic career at Moscow State University and began working towards his PhD under the supervision of 2014 Abel Prize Laureate Yakov Sinai. At the age of 32, he was awarded the 1978 Fields Medal for his work on the ‘arithmeticity and superrigidity theorems’, but was unable to travel to Finland to receive the medal as the soviet authorities refused to provide him with a visa.

Another major result followed in 1984 with his proof of the Oppenheimer Conjecture – a problem in Number Theory first stated in 1929. The ideas he introduced here centred on what is known as ‘ergodic theory’ (more on this later), and have since been used by three recent Fields Medallists: Elon Lindenstrauss, Maryam Mirzakhani and Akshay Venkatesh. In 2008, Pure and Applied Mathematics Quarterly ran an article listing Margulis’s major results which ran to more than 50 pages. 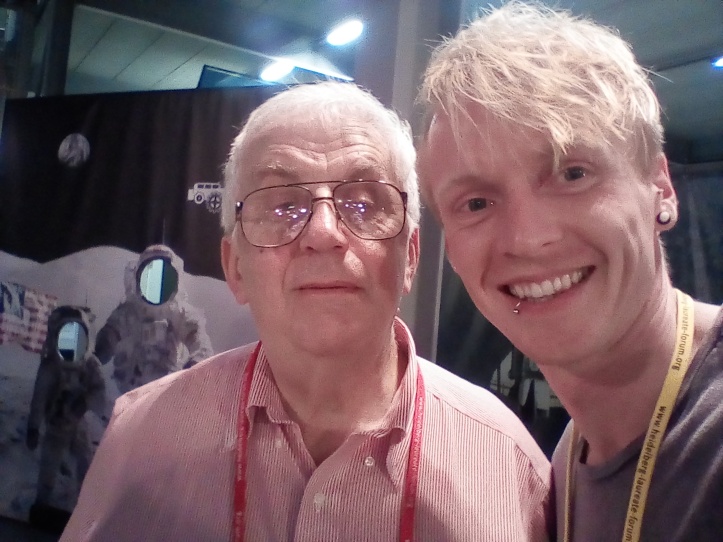 Originally thought to be a pseudonym for a group of mathematicians due to the vast range of ideas published in his early work, Furstenberg is a mathematician with a deep technical knowledge of countless areas of mathematics. He published his first papers as an undergraduate in 1953 and 1955, with the latter giving a topological proof of Euclid’s famous theorem that there are infinitely many prime numbers.

One of his key results came in 1977 when he used methods from ergodic theory to prove a celebrated result by 2012 Abel Prize Laureate Endre Szemerédi on arithmetic progressions of integers. The insights that came from his proof have led to numerous important results, including the recent proof by Ben Green and Terence Tao that the sequence of prime numbers includes arbitrarily large arithmetic progressions. So, what is ergodic theory?

Ergodic theory relates to probability and what we call ‘random walks’, best explained by thinking about a dog trying to find some treats buried in a garden…

If you hide some treats in your garden and let your dog try to to find them, it will most likely start sniffing in what seems to be an apparently random pattern. However, after a short period of time, the dog will more often than not successfully find the treats. This method of search might not seem to be systematic, but yet the dog is following its instinct telling it to randomly change its direction at regular intervals to maximise its chance of success. You can think of it as moving one step forwards, then flipping a coin to decide whether you next go left or right for one step, and repeating this indefinitely.

In maths, the dog’s behaviour is encoded in the concept of a random walk. A random walk is a mathematical object that describes a path consisting of a succession of random steps in some mathematical space. There are numerous examples of physical systems that are modelled by random walks: the behaviour of gas molecules, stock markets, the statistical properties of neurons firing in the brain… But, random walks can also be seen as a tool to explore a mathematical object, in the same way that the dog tries to understand the garden. Of course, Hillel Furstenberg and Gregory Margulis are not using random walks to find treats in a garden, they do random walks on graphs or on groups in order to reveal the secrets of these objects.

If the trajectory of the dog is ergodic, this means that the dog will eventually get close to the treat in the long term. In fact, if we were to draw a circle around the treat, of any size (even as small as you can possibly imagine), after some finite amount of time the dog will be sniffing inside the circle, and therefore will probably discover the treat. This is ergodic theory in a nutshell.

More information on the Abel Prize announcement can be found on the website of the Norwegian Academy of Sciences and Letters here or in the official citation here.

Let the holiday begin :) I’ll be enjoying some much needed R&R this week without social media. I’ll be back next Monday with the announcement of the winners of the Teddy Rocks Maths Essay Competition and a special collaboration with one of my favourite maths YouTubers - see you all soon! #tomrocksmaths #teddyrocksmaths #mathsontour
NEW VIDEO: Full derivation of the Heat Equation - it describes the flow of heat through a conductive material, and is often one of the first PDEs studied as a maths undergraduate. Premieres at 11am (GMT+1) - see you in the live chat! Thanks to @maplemathmatters for supporting today's video. Check out the FREE worksheet in Maple Learn to explore how the solutions to the Heat Equation behave. Links to everything at tomrocksmaths.com (link on profile) #tomrocksmaths #heatequation #oxfordcalculus
The final essays from the 2022 Teddy Rocks Maths Showcase are here! Learn how graph theory can be used to identify online communities (such as those on Twitch as shown in the image), what a 'zero knowledge proof' looks like, and the maths underpinning some famous card tricks - have fun! Read them all at tomrocksmaths.com (link on profile) #tomrocksmaths #essayprize #teddyrocksmaths
Shoutout to everyone that came along to my double session today @cityuniversitylondon - now we all know how much a £1 coin weighs and what to do next time you take a penalty kick :) #tomrocksmaths #cityuniversity #londoncity
More fantastic essays for you to enjoy courtesy of entrants to the Teddy Rocks Maths 2022 Essay Competition. Learn how you can approximate pi by dropping spaghetti on the floor, how game theory can be applied to politics, and the history of maths duels (yes you did read that correctly)... Read them all at tomrocksmaths.com (link on profile) #tomrocksmaths #essayprize #teddyrocksmaths
Improvised adventurer costume using a picnic blanket to make the most of the views in the Julian Alps. The road to Mangart Saddle is the highest in Slovenia reaching a height of 2055m. The road is only 10.18km long, but increases in elevation by 947m - so what is the average gradient? #tomrocksmaths #mangart #julianalps