Translation of my interview with TN Argentina below, and original (in Spanish) here.

Tom Crawford introduces himself as an atypical Math teacher. He teaches first and second year students at the University of Oxford where he carries out an intense work of dissemination in which he tries to bring closer a discipline that is not usually among the favorites of young students. In his attempt to popularize science, he does not hesitate to stay in shorts. He uses striptease as a metaphor for his work, delving into the meaning of equations like Navier Stokes’, revealing them layer by layer, to make something that can be too complex even more level.

This week, Crawford visited the Student Residence in Madrid, where, within the Mathematics in Residence cycle organized by ICMAT , he offered the conference The Mathematics of Sport . In it, she uses sports as an example of an everyday activity that can be better understood and practiced using mathematical equations.

You undress or use sports to make mathematics better understood. Why is it necessary to show that mathematics is fun? I don’t see lawyers or judges, who also deal with very complex issues, trying to present the law as something fun.

I believe that it is because people, for whatever reason, happily admit that they do not like mathematics, it is socially acceptable . If you tell someone that you are a lawyer, their default answer will not be “I don’t like the law”, and that does happen with mathematics. And it shouldn’t be like this. Everyone should have a basic understanding of mathematics, but many people do not . For me, that’s the reason why I want to emphasize that math is fun and accessible. It doesn’t have to be something very hard or something you were taught badly in school.

Do you think that mathematics is taught especially poorly in school, worse than other subjects?

Math is difficult to compete with other subjects in the sense of teaching them through stories. When you learn something, if they can teach you through stories, it is something very powerful, it serves to catch people. And that is easier with literature or history. A very simple example of how to add stories to mathematics would be trigonometry. The properties of triangles that you learn in high school. If you think about how these functions were discovered or invented, why we invented the sine, the cosine, and the tangent, they were the ancient architects who tried to construct buildings, churches, pyramids, and created those intellectual tools. For me this is how trigonometry should be taught. Imagine that they are in ancient Rome and you have to build a concrete building. How would you do it with the technologies available at that time? This encourages thinking about angles and distances, and that’s where trigonometry is useful and what it was invented for.

A little more than a century ago, in a country like Spain, more than half of the population was illiterate. Do you think it would be possible and desirable to get a large majority of people to be able to use basic mathematical tools?

It is completely possible and I would say that we are already doing it. It depends on what you consider a basic level of mathematics. Most people can, for example, looking at a clock know that the hands return to the same place every 12 hours, it is modular arithmetic, something that you do not study until you get to university. Even being able to calculate changes when you get a ticket is doing mental arithmetic. Or calculate when you have to leave home if it takes 35 minutes to the station and the train leaves at 12:45. There are many things you do without thinking, but they involve mathematical calculations. So it depends on what you consider to be a desirable level of mathematics , but much of the population already has some ability to use it.

It also talks about the possibilities of mathematics to improve the performance of athletes. There’s a movie like Moneyball, which talks about the experience of a baseball coach who uses mathematical analysis to lead a small team to compete against the big league players with much less budget. Is math widely used in elite sports?

As far as I know, it is an important part of the selector systems of large teams. Today, these specialists, in addition to the classic analyzes talking about a player’s performance, his strengths and weaknesses, include teams of mathematicians and data scientists. Like Moneyball , your job is to analyze large amounts of data and spot marginal profits to tap. That works well in baseball, because you have so many controllable factors: the pitch, the hitter, the run to the base. It is very formulable and are repetitive behaviors. In soccer it is more difficult to find those marginal gains because it is less controllable. 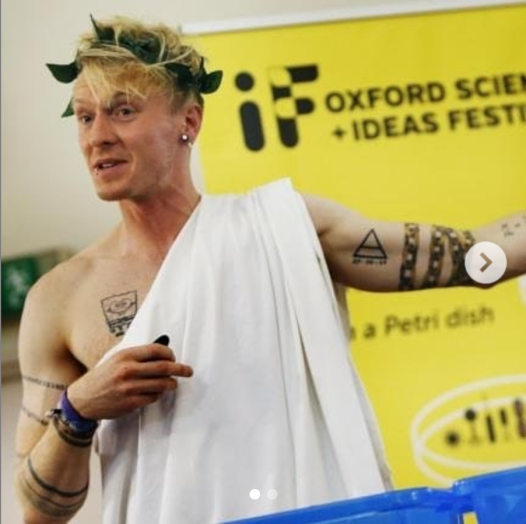 Can mathematics tell us what is the limit of human performance in sport? There have already been examples in the past where predictions were completely wrong. Can those boundaries be accurately identified using mathematics?

If you look at the record of the men’s marathon during the last century, the marks fall, but not at a constant rate. You can estimate, for example, that every 10 years, they are cut 10 minutes at the beginning, but then, in the 1940s and 1950s, the curve begins to flatten and in the 1990s it seems completely flat. So if we had sat here 30 years ago, when the record was around two hours and five minutes, we could have thought that we would never get to run for less than two hours, because although it continues to drop, the pace is every time slower. But in recent years, there has been a lot of progress in long distance running, such as new sneakers that can provide 4% more energy. In addition, there is a professionalization that allows training all day and not having a job besides running.

Some people, when talking about the possibilities of mathematics to push humans to the limit of perfection, may think that sports will become more boring, because there will be less and less space for the unexpected.

-I think that also has to do with the human psychological trait that is nostalgia. But sport evolves and there is always a human factor . If the study allows you to refine the place to which it is better to shoot a penalty, also the archers can work with that information. And then, there are some footballers who do not shoot into that supposedly perfect space, such as Eden Hazard, from Real Madrid, who waited until the last minute when deciding where to shoot, a method that goes against what he says. the mathematical model. In the end there are many variables in sports.

Can mathematics help us to better understand human groups? Does that technology have the potential to improve coexistence or to worsen it?

With all the data available, there are huge technology companies that can create profiles of people. Knowing that you are white, American, that you earn so much money and live in such a state, they can try to predict what you like or do and influence your vote in one direction. But this technology could also be used for good and you can also question whether trying to influence voters is good or bad . I think that ultimately we depend on the big companies that have control over this data to take their moral responsibility and use the data well.

I made a new friend :). In the wild, elephants may feed for up to 16 hours a day, consuming approximately 300 pounds of food. This gives a rate of 18.75 pounds per hour. A human typically consumes 4 pounds of food per day - meaning we would need to eat all of our meals in under 13 minutes to keep up with an elephant! #tomrocksmaths #elephant #safari
Did you know giraffes only have 7 neck bones - the same as a human or any other mammal - though of course they are much longer than ours, reaching up to 10 inches long. If all the bones were at maximum size, would the neck be taller than me? (I’m 6 foot). #tomrocksmaths #giraffe #safari
Wild dogs are an endangered species with only 4 remaining populations - one of which is in Kruger National Park. There are approximately 500 so we were incredibly lucky to see two separate groups of around 20 individuals. As the mathematician of the group I was naturally in charge of counting them… #tomrocksmaths #wilddogs #kruger
Let the fun begin. Kruger National Park is almost 20,000 square kilometres in size, with approximately 2000 lions, 1000 leopards, and 200 cheetahs. What size area would I need to cover to have a chance of finding each species of big cat? #tomrocksmaths #safari #kruger
Tattoo #42 - Bring Me The Horizon @bringmethehorizon. "That’s the Spirit" and “Sempiternal” are two of my favourite ever albums, with the latter being one of my first introductions to heavier music (that I really enjoyed). Check out ‘Shadow Moses’ for a taste of what I mean :) #tomrocksmaths #bmth #umbrella
NEW VIDEO: Watch me and @sparksmaths deconstruct the SAT Maths Exam we took last week… Premieres at 4pm (UK time) - join us in the live chat to find out who has the highest score! Watch at tomrocksmaths.com (link on profile) #tomrocksmaths #sparksmaths #SATexam