I took control of the @beamathsteacher Twitter account for 1-hour as part of the Maths Teacher Training Scholarships MTTSChat initiative. Here’s what I had to say…

Hello and welcome to my Twitter hour! I’m excited to share with you lots of fun ideas from the world of Fluid Dynamics – my area of research and quite possibly the most versatile maths topics in existence. I’m a mathematician @UniofOxford and run the award-winning @tomrocksmaths. 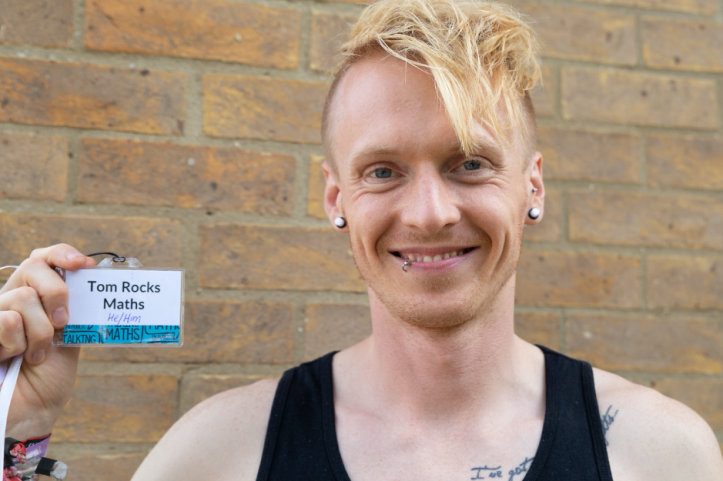 We’ll be looking at ocean pollution, climate change, Formula 1 racing and medical drug development, as well as a few brain teasers to get you thinking. To kick us off how about a question you never realised you needed to know the answer to…

Shortly after the discovery of the Titanic wreckage in 1985, several theories were put forward for raising the ship from the depths of the Atlantic Ocean. One of these was to use the buoyancy of ping-ping balls – so the question is how many would you actually need? 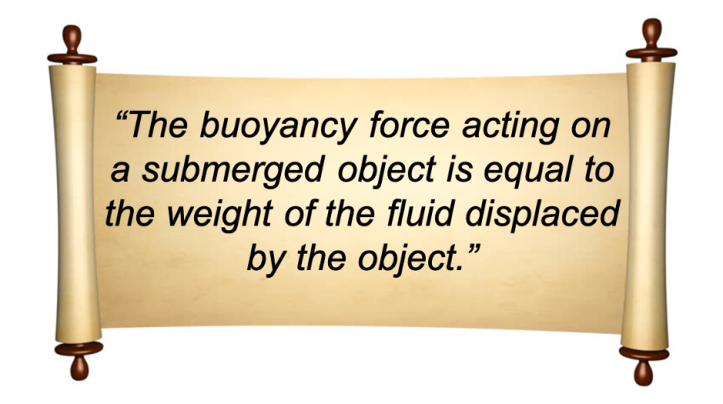 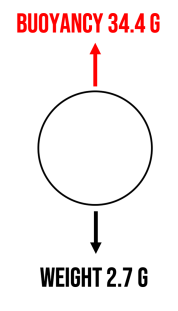 The Titanic was the largest man-made object of its time and weighed 47.5 million kg. Converting this to grams and then dividing by 31.7 we get the final answer of 1.498 billion ping-pong balls. So now you know. 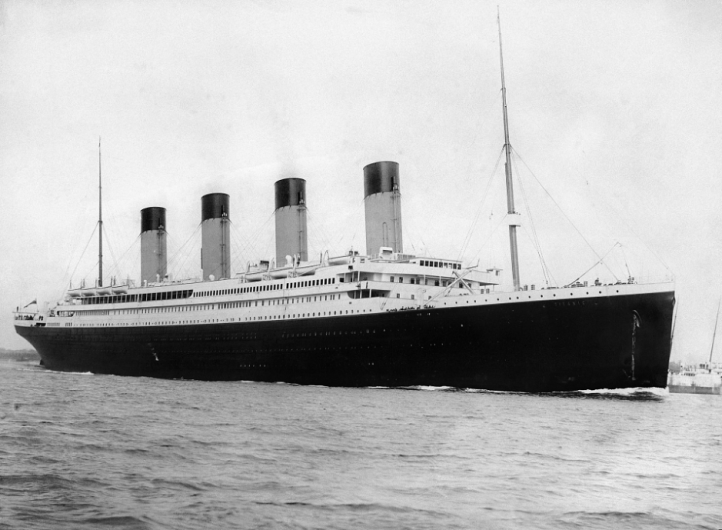 For my PhD I was investigating where river water goes when it enters the ocean. The idea is that 80% of pollution in the oceans comes from land, most of which enters from rivers, and so knowing where this water goes means we can focus our resources on the most susceptible areas. 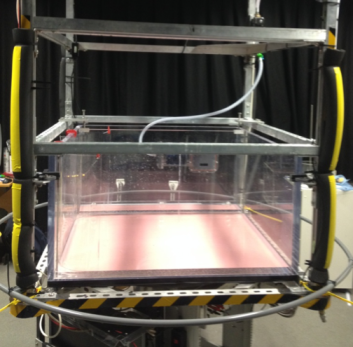 I explain the problem in full and discuss some of the equations derived as part of my work in this @numberphile video:

The oceans also play an important role in the climate and during my PhD I travelled to the Southern Ocean to collect data for comparison with current climate models. The Southern Ocean is the best place to go for this as being so remote it is the least affected by humans. The best data is also collected just after a storm, which meant we were purposefully trying to find them. In total two force 10’s hit – one launched me out of my bed, and the other smashed all of the beer bottles in the fridge. I’ll let you decide which I was most upset about… 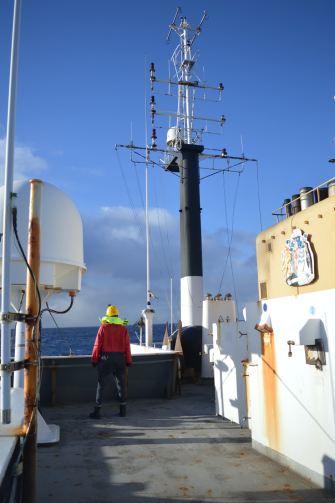 Speaking of oceans, here’s another puzzle for you – how long would it take for an object to sink to the bottom of the ocean floor? And would Usain Bolt beat the Eiffel Tower?

To solve this, we need something called the drag equation – formulated by Lord Rayleigh it tells us the force acting against an object as it moves through a fluid. When this force is balanced by gravity, the falling object moves at a constant speed called its terminal velocity. 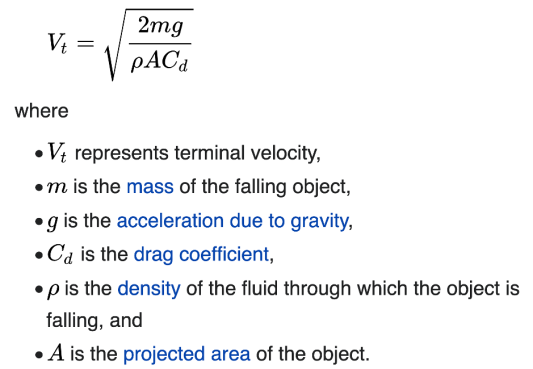 Substituting in the values for Usain Bolt and the Eiffel Tower gives the speed at which they fall, but which is faster? The tower has a much larger mass m, but it also has a larger area A and a larger drag coefficient Cd, which mean overall it does in fact win – sorry @usainbolt! 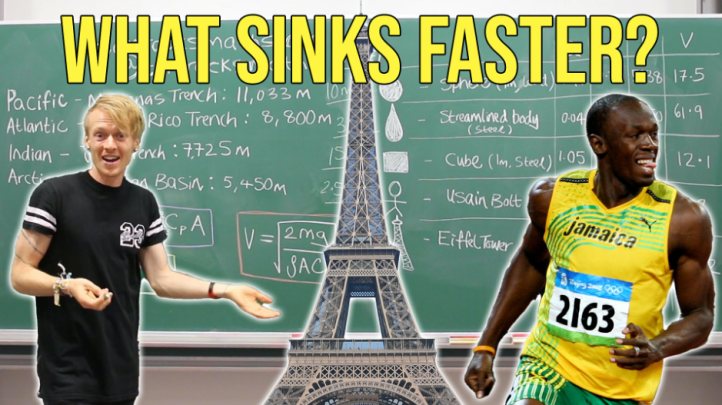 Finally, to answer our original question we just need to know the depth of the Ocean so let’s take the deepest point on Earth at the bottom of the Mariana Trench at 11,033m. It would take the Eiffel Tower around 12 minutes to sink, whilst Usain would take almost 2.5 hours! 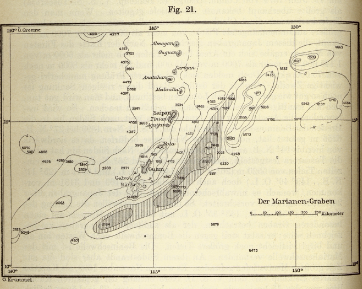 This was of course just a bit of fun but it’s very closely linked to @Formula1 racing and the study of aerodynamics. The drag equation holds true for ANY object moving through ANY fluid, so if you want to make a racing car go faster you need to make the drag as small as possible. 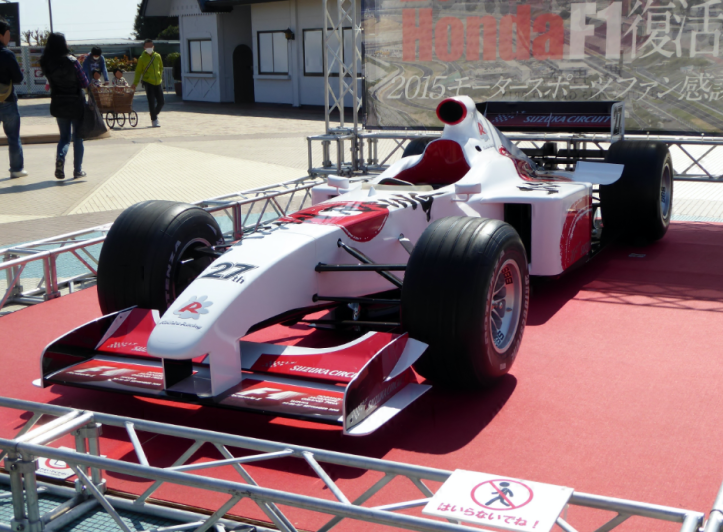 The final topic I want to mention is that of drug delivery. When designing a new medicine, it is important to think about how it is absorbed in the body. Since the majority of drugs rely on being carried in the bloodstream, this is really a fluid dynamics problem in disguise.

We want the new drug to be delivered as quickly as possible to the specific area in which it is needed. Designing it to be able to do this means understanding the flow of blood through the body, which like all other fluids on Earth is governed by the Navier-Stokes equations… 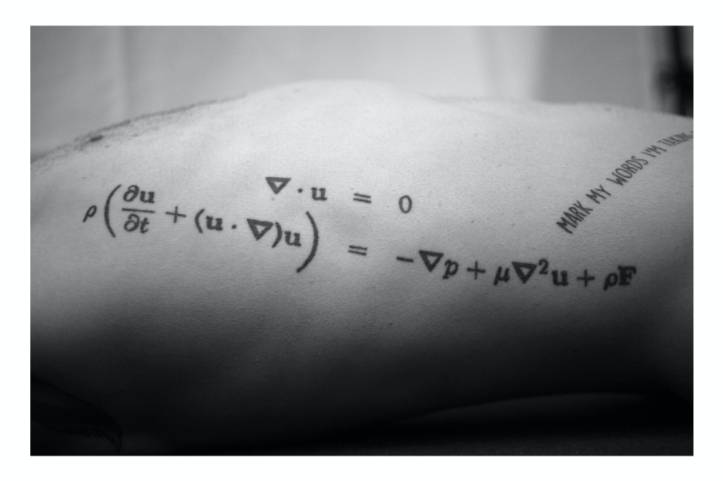 These equations have been around for almost 200 years and are used every day by mathematicians, engineers and physicists to solve a whole host of complex problems involving fluids. The only issue is that we still don’t really understand them mathematically.

Not a major issue for all of the applications I’ve discussed, but if we were to truly understand them it would lead to new and previously unimaginable advances in all of these areas. As with learning, understanding a concept opens many more doors than simply being able to use it. 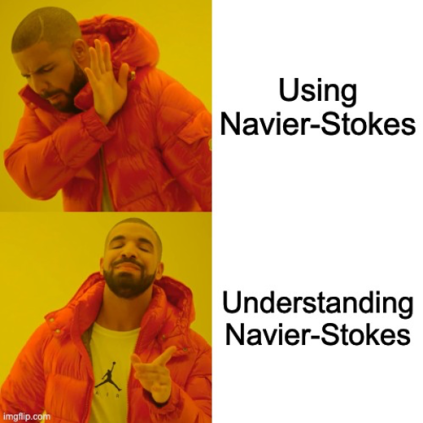 And if you need any more motivation, one of the Clay Institute Millennium Problems awards $1 million to anyone that can help to “further our understanding of the Navier-Stokes equations”. There are another 5 unsolved problems too whilst you’re at it…

Thanks everyone for joining the Twitter hour – if you have any more questions or want to find out more about what I do please check out @tomrocksmaths on social media and check out the several hundred posts on my website http://www.tomrocksmaths.com. See you soon!!